Emerging Cricket
HomeOpinionFor the sake of the game, bring back the Intercontinental Cup
Opinion

For the sake of the game, bring back the Intercontinental Cup

2019 was a breakthrough year for Associate Cricket in many ways, but the outbreak of COVID-19 and subsequent standstill of all cricket (and all normality) appears like it will accelerate the debate around the primacy of cricket’s traditional format against its more commercial, shorter formats.

It’s not that acute commercial pressures on the majority of cricket nations are anything new. Just ask Ireland who aspired to host Bangladesh in a test match this summer but couldn’t because of fears over its own solvency.

Their efforts to rubber stamp their Test status with actual Test matches have come a cropper after receiving a financial package for the period 2015-2023 “far less than expected” from the ICC and a cocktail of other issues, the vast majority of which were beyond their control.

Meanwhile, the ICC’s other Associate Member nations must at this point be wondering if they may ever have the chance of furthering their long-form aspirations. Worse still, should we expect the current standstill of cricket to exacerbate cricket’s focus on T20 cricket in the short to medium term in order that boards can make ends meet, and what next for cricketers and fans whose love of the game is premised on whites, red balls, maiden overs and obduracy?

In short yes. There was no plan to play red cricket in the first place.

The ICC’s website includes details of a competition which is described as “the ICC’s premier first-class tournament,” played over two and a half years and consisting of eight teams playing four-day matches in a home or away format. There you will see that same competition was “due to take place between 2019-21” before a click-through takes you a dead end. It is here that you will not find any information about upcoming Intercontinental Cricket Cup competitions.

A long scroll through the archives of the ICC’s media releases does not include a single mention of the tournament since the 2017 competition ended, in which Rashid Khan reflects on what “we have learnt a lot from the competition.” The Men’s Future Tour Programme 2018-2023 released in June 2018 does not acknowledge its own “premier” First-class competition. Never mind.

While Ireland and Afghanistan have gained Test Match status, the other six teams who featured in the 2017 competition have played a grand total of 0 First-class matches, since. Not a red ball thrown in anger for nearly two and a half years.

But if 1) emerging cricket nations are being left to self-fund four-day cricket (and they are) and 2) they can’t afford to do so (which they can’t) – then fans who believe in the virtues of this format are in for a long wait. And likewise, to what end would club leagues in these countries provision timed cricket at all if there is no pathway to further honours for doing so?

As reported on this website previously, red ball or multiday cricket is critical to the development of talent in all cricketing nations, not just emerging ones. It is where players learn about the art of batting, of refining technique against the moving ball and withstanding pressure over long periods of time. It’s where bowlers develop their stock deliveries that are a necessary precursor to the variations that are key to the armoury of bowlers in short form.

A world in which players from emerging nations have no framework to bat longer than two hours on their best day or bowl more than 60 legitimate deliveries, is one in which cricketers will have no formal means to reach their potential. It will obviously further impoverish the comparative growth of talent in emerging nations, compared to Full Member nations who are more able to provide these structures for their young. It’s worth remembering that many of the skills that are on display in 20 over games have been honed in red ball, multi-day cricket.

If, from an emerging nations perspective, the ICC does not see its role in facilitating the growth of all formats of cricket – and just those which are immediately viable commercially – then it’s difficult to see how it can help to future proof the game in these nations.

Worse still, without these structures Associate nations will become increasingly more reliant on talent coming in from outside, undermining the aspiring talent from within and weakening the game at a grassroots level. And for the latest case study in a long and ever-lengthening list of where this has occurred, is Dane Piedt’s signing for the USA.

An elongated Future Tours Programme which runs from 2023-2031 (compared to the current 2019-2022 cycle) presents an opportunity for the ICC to think about what they want to invest in, and the desired output of these investments. At the next quarterly ICC meeting in May – presuming it goes ahead in some format – I implore the ICC to reconsider the place of red ball cricket in the development of cricket in emerging nations, and with that to reinstate the Intercontinental Cricket Cup and variations thereof for other aspiring emerging countries.

My fear is that it will merely serve to further rubber-stamp the game’s governance along commercial lines. 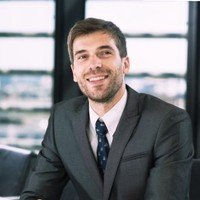 By Hook or by Brooks