A lot of keen cricket observers would have noted with bemusement, the recent announcement of a new Betbarter sponsored T10 cricket tournament in Tajikistan. What? Cricket in Tajikistan? Really??

I can almost picture the eyebrows raised in surprise and incredulous reaction that such an unforeseen announcement would have provoked; even amongst passionate fans of Associate cricket, who delight in seeking out weird and wonderful stories about the global game.

To those still sceptical, fear not! I can assure you that this is not a practical joke. The board members of the Tajikistan Cricket Federation are real and they are extremely serious about growing the sport there.

And with some luck, they hope to be cricket’s latest Afghanistan-esque Cinderella story.

Tajikistan is a small landlocked country of 9.5 million people in Central Asia and counts Afghanistan, Kyrgyzstan, China and Uzbekistan as its neighbours. Hemmed in by towering mountain peaks, a harsh continental climate full of extremes of hot & cold and under the menacing shadow of the brutal Soviet regime, Tajikistan seems like a very unlikely place to play cricket.

Yet incredibly, the first head of Tajik cricket Federation, Saraev Abdulrasul says that he developed his love for the game from his shepherd father, who used to play cricket on the pastures with other shepherds, in the 1960s. But such stories are rare.

As a sport, cricket was frowned upon by Soviet authorities. Even the Bolshevik revolutionaries coming to power did little to improve attitudes. They actually tried their best to kill off cricket for good; clubs were forcefully closed & games were stopped. Cricket was widely considered a “bourgeois, shameful game” unfit for the working classes.

However, the recent success of next-door neighbour Afghanistan has proved to be a vital catalyst for growth in Tajik cricket again.

I wanted to learn more about the state of cricket in the country and reached out to the Federation. They responded and I had the pleasure of chatting with General Manager Asadullah Khan and another board member who wished to remain anonymous. We chatted all things Tajik cricket and their hopes & dreams for the future.

“T10 is the best format to build awareness and entertain the local people.”

Q) How long have you been involved with Tajikistan cricket?

I joined in 2018. We don’t have a CEO post in the Federation. Najibullo Ruiz is the President and right now, I am the General Manager and also looking after the player registrations for the BetBarter T10 Premier League.

Q) What is the state of cricket in your country at the moment?

We have already registered for Asian Cricket Council associate membership, back in 2012. Our current emphasis is on infrastructure development and streamlining domestic pathways. “It’s very lucky for us (you know) that we have three full members neighbour countries of ICC.” And participation wise, we have right now more than 4,000 boys and girls playing the game regularly.

Q) That is great news. Looks like Tajik cricket is on an upward curve. Have you also been able to make headway into the schools?

Yes, we have managed to introduce cricket into the sports curriculum in 30 schools all over the country. We are playing with soft balls at the moment, but are thinking of doing a slow transition to hard balls later on. Once you know the kids have built up some skills.

Q) Tajikistan is famous for its 7,000 metre-high mountains and its harsh climate. Considering the nature of the weather, when is your cricket season and how are the facilities?

“Actually, Dushanbe weather is ideal for cricket.” We have very hot summers with no rain. Our cricket season runs from April to December. And from January to March, we play indoors. We do have a few grounds at our disposal including a proper stadium in Dushanbe. We also have plans to install turf pitches in October, this year.

Q) Tell me about how the BetBarter T10 League came about?

We got approached by SAI business services and BetBarter. They wanted to help us to develop the game of cricket here. “And T10 is the best format to build awareness and entertain the local people.”

Q) What is your future goal or dream for cricket in Tajikistan?

“The future dreams are very clear. Want to see Tajikistan cricket become an ICC member. And the next goal will be the full member of ICC. Also, Tajikistan can be the best place for hosting cricket events; like Sharjah and Dubai. We have the best security and excellent facilities for cricket.”

I was fascinated by our conversation and won over by the joyous sense of optimism that both board members displayed. Realistically however, cricket still has a lot of catching up to do. It lags far behind Gushtigiri, Buzkashi and football in popularity and as with many emerging nations, struggles with mainstream coverage.

What would help to inspire young generations is to see Tajik role models playing the sport and excelling in it. Ethnic minorities constitute 58% of Afghanistan’s demographics, including a 27% Tajik population; yet this diversity is not reflected in their senior cricket team; which is made up of players entirely from the culturally dominant Pashtun community.

Unfortunately, this is largely symptomatic of the deep ethnic divides that underlie community relations in Afghanistan. The Pashtuns dominate cricket; while the country’s numerous other ethnic groups such as Tajiks, Hazaras & Uzbeks feel excluded from the game and instead turn their attention to soccer.

Zahir Sadat, a Tajik member of Afghanistan’s parliament has even bluntly stated that although it makes him happy to see the national team win cricket games, he won’t see it as a true representative national team, unless it includes some players drawn from the 58% minority population.

This stark cultural divide in sporting interests is also shaped by how the various ethnic groups sought refuge in neighbouring countries during the bloody war. Pashtuns escaped to cricket-mad Pakistan, where they picked up the game in refugee camps; whereby other ethnic groups mostly migrated to Iran & Central Asia, where soccer is the dominant sport.

However, I remain optimistic that Afghanistan’s diversity will hopefully be reflected in the national team sometime soon. If some Tajik talent does make it all the way to the Afghanistan national team, it is easy to imagine how much of a flow-on effect this can have in driving cricket’s popularity in Tajikistan.

The T10 tournament also has the potential to be a game changer; in terms of building up awareness of the game, promote local heroes and increase its popularity locally. Furthermore, it is encouraging to witness the helpful attitude & commitment of technical support provision that Afghanistan Cricket Board has pledged so far to Tajik Cricket Federation.

Afghanistan has shown the rest of the sporting world what can be achieved by charting a meteoric rise from the lower levels of world cricket leagues all the way to full membership, in a mere matter of 20 years. If a country with no history of the sport or no prior facilities can do it, why can’t next door Tajikistan repeat the fate?

I sincerely hope that cricket can continue to make giant strides in the central Asian region and inspire a fresh new generation of Tajik athletes.

The Tajikistan Premier League T10 tournament starts on 19th July. It will feature six teams named Dushanbe Kings, Wahdat Supergiant, Norak Warriors, Khujand Challenger, Kulob Knightriders and Khalton Royals. The entirety of the tournament will be played at Vahdat Ground in Tajikistan’s capital Dushanbe, with each team playing a double round-robin league of games, followed by a TOP 4 Finals series. 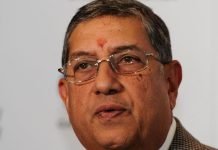 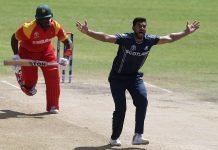 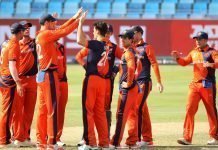