The Cricket World Cup Super League: context and promise it could deliver

While rumours are abuzz in regards to the future of the ODI Super League, the importance of the competition should not be understated.

Back in 2017, ICC made the announcement of introducing the ‘ODI Super League’ – an ODI league post the 2019 World Cup aimed at reigniting the interest in cricket viewership. Supposed to start from May 2020, played over 23 months and involving 12 Full Members plus the Netherlands – who won the 2015-17 World Cricket League Championship that involved 7 other Associate Members. In this ODI Super League, each team would play against eight mutually-agreed opponents over that period with four home and four away series with three ODIs per series.

As per the ICC, the league was proposed to ‘add more context’ to bilateral ODIs played among entitled ICC Full Members and would also give a ‘fair shot’ to all the full members and the 13th team to direct qualification for the 2023 edition of the 10-team 50-over World Cup to be played on Indian soil. Fairness of the second remark therefore is still debatable, but adding more context to somewhat meaningless bilateral ODI cricket can be seen as a high.

From the general trend that has developed over the years, it can be seen that ODI matches played outside Asia do not create a strong buzz among the sport’s followers, and matches have been subjected to half-filled stadiums and even the values of various broadcasting deals have now become heavily reliant on India’s undisputed power in Cricket’s economy, monopolizing in nature.

This points towards the fact that interest outside Asia hangs in balance and it could be because the feeling of ‘freshness’ or ‘importance’ has detached itself from this relentless web of bilateral fixtures among the sport’s elite. These Full Members have been getting direct entries into ICC tournaments and matches outside such tournaments have started to be taken for granted.

This current system is opposed to how FIFA and regional confederations in Football regulate their tournaments where all the teams other than the hosts have to ‘fight’ for their spot in the finals tournament. The league can help in reigniting the enthusiasm of the sport’s followers with even better commercial returns.

This is not the first time that the ICC has put emphasis on ICC ODI rankings to add more importance to the bilateral fixtures. There was a cut-off date for automatic qualification for 2017 ICC Champions Trophy and West Indies failed to qualify for the event. But in the absence of a system like ODI Super League, there was a lack of uniformity in the number of ‘contextual’ matches a team would play. As a result, some teams would play more matches than the others and would get an opportunity to improve their rankings before the cut-off date, giving them undue advantage over other teams.

The ODI Super League is obviously far more vital for the lower ranked Full Members and the 13th team – the Netherlands. Since only the teams finishing in the top seven plus the hosts will get direct entry to the next World Cup and remaining two spots will have to be decided by qualifiers, there is lot more than just matches that is at stake for teams like Zimbabwe, Ireland, Afghanistan and the Netherlands. Add West Indies or Sri Lanka to that as they both are vulnerable to ending up outside the top eight by the time the league ends!

The team finishing last will go through a prolonged phase of pain and uncertainties as it might have to fight another group of eager-to-be big boys currently involved in ICC Cricket World Cup League 2. From here those in the ICC Cricket World Cup Challenge Leagues ‘A’ and ‘B’ will find its way up again through the Qualifiers to become the thirteenth team again for the next four year cycle.

There is another catch in this whole set-up. Teams can still arrange bilateral ODI fixtures outside the Super League and teams like West Indies and Sri Lanka can manage to squeeze in more matches even in the face of losing out on direct qualification for the World Cup. For smaller members though, it’s difficult to find valuable fixtures, which in turn affects the growth of the profile of the sport in their country, challenging their financial sustainability. Between 2011 and 2015 World Cups, Ireland simply didn’t play enough ODI fixtures against strong Full Member opposition.

Ireland, Scotland and the Netherlands have historically played among themselves and entry to matches are mostly free, though the advent of streaming must be harnessed to drive attention. Contextual fixtures would allow Associate Members to bag some valuable broadcasting deals (even if it happens at local levels) and priced ticket entry could help in generating some revenue needed to drive the growth in the right direction. The Netherlands were slated to host Pakistan this July for a three-match ODI series that would form the part of Super League, only for a pandemic to intervene.

The ODI Super League will definitely increase the value, quality and stakes in top-tier ODI Cricket, though the proposed ‘shot to glory’ for the not-so-big boys has been made gloomy by the 10-team World Cup. Adding to it, difficulties of sustainability and planning due to the pandemic have pushed the fate of this league into further uncertainty, with rumours abuzz that the ICC may scrap it altogether.

It will be a degrading blow to the fate of this ODI Super League which had allegedly met resistance from some influential member representatives at the ICC even before the confirmation of this league going ahead was officially announced. If that happens, unfortunately, reforms which the cricketing world had been waiting for may be pushed further out into the cold. 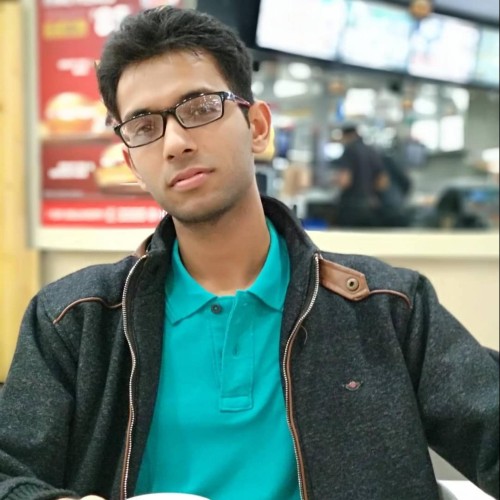