Is there an international cricket ground as picturesque as The Grange?

On a mild autumnal afternoon, when most grounds have slipped into hibernation, it remains a pleasure to embed yourself within its walls. There is a cosiness to watching international cricket in the heart of Scotland’s capital city. The ground feels like it wraps you in a deep embrace, walls surrounding you on all sides. The trees scattered just beyond the boundary rope and those towering outside the ground are peppered with leaves of browns and dark orange. Peak outdoor hygge.

On occasion, that cosiness can be misconstrued for insularity. Viewed from the outside, the walls can appear a separator, rather than a comforter. Curious heads frequently appear above the wall. For a reasonably large price they could join in, yet it feels too large a price to encourage the uninitiated. The great dichotomy at the heart of Associate cricket; making ends meet while relentlessly encouraging inclusivity.

For the already converted, there is something magical about still persevering with cricket after the leaves have started to fall. Just when you are mourning its departure, it clings on for another few weeks. That perseverance fits neatly with days like today. There is a particular pride from those with the resolve required to follow Scottish cricket.

A resolve echoed by those on the field. Scotland have searched high and low for opponents over the last twenty-four months. A two-year hiatus, broken only briefly for a pair of ODIs in May against the Netherlands. Today’s visit of Zimbabwe most welcome for those in need of international game time, but also those taking care of the bottom line.

Captain Kyle Coetzer’s pre-match proclamation of a desire to play a positive and exciting brand of cricket was music to the ears of those both on and off the field. A winning toss and the opportunity to bat first providing an immediate test of that mantra.

The bold and brash cricket did eventually arrive with Richie Berrington and Matthew Cross. Although in truth, it largely came from the former. A partnership of 45 lifting the hosts towards a more respectable total. From there, Leask and Sharif managed to hang in the middle with Berrington, while allowing him to farm the strike. Berrington’s final tally of 82, boosted by copious crisp straight drives, making up well over half his team’s total. Scotland closed on a just about defendable 141 from their 20 overs.

The anticipated late afternoon chill didn’t arrive, instead a script flipping clearing of the clouds providing a welcome arrival of warmth.

What had originally appeared a potentially straight forward chase took an early twist. On the first ball of Zimbabwe’s response, Safyaan Sharif extracted immediate lift out of the pitch with a sizzling delivery, which clipped a flailing bat and carried to wicketkeeper Cross.

The ebb and flow nature of the follow up innings was reinforced with Sharif and Ali Evans hostile opening salvo. The duo bowling impressively in tandem to ensure a limited Zimbabwe riposte.

Consolidation and inevitable acceleration did arrived from the visitors in the middle overs. Captain Ervine and the experience of Sean Williams bringing a calmness to an innings which could have spiralled sharply out of control.

However, there was a lesson to be gleaned from Scotland’s second innings performance. The mind instantly flicks to batting when seeking positive cricket. Yet Coetzer’s captaincy, in combination with his team’s fielding and bowling, was intensely bold, positive and tremendously effective. The importance of each element becomes increasingly important the shorter the format becomes, and so it proved today.

With the impressive Milton Shumba’s 45 not out catapulting his team towards victory, Sharif returned to provide team-mate Berrington with some player of the match competition. In the final three overs he completed a run out, took three wickets and held a vital catch deep on the square leg boundary. The catch off Chris Sole’s bowling all but ensuring victory. Six and lose; catch and win.

It completed a vital eight-run win for the hosts on their return to action. The under-pressure game time could prove priceless in the exciting challenges to come, as Scotland bubble up for an intense two months in various Gulf states.

When asked about where his contribution ranked on a personal level, Sharif began rolling out the stock answer of side before self. The remaining words failed to rattle off easily and a smile spread across his face as he chuckled “yeah….it was quite a good day actually!”.

Three years ago, Scotland defeated the world champions in waiting at The Grange. It was meant to be cricket’s game changing moment in a country previously uneasy at embracing something so intrinsically linked to the Auld Enemy. A washed-out summer two years ago, and a pandemically wiped-out summer last year, has largely robbed that opportunity. So, a good day is the very least that The Grange deserves….actually. 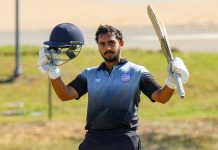 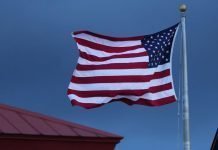