The 2020 Under 19 World Cup qualification wrapped up last week with the completion of the European contingent of qualifying for the tournament. With only the top eleven placed Full Members from the 2018 U19 event receiving an automatic place in 2020, Ireland joined Associates Scotland, Netherlands, Jersey, Denmark and France’s U19 teams to fight out for the last spot up for grabs to the 16-team South Africa-hosted event slated for January next year.

The Netherlands hosted the tournament under cloudy skies across several cities and grounds, the opening day saw two heavyweights in Netherlands and Scotland face off. Chasing 187 for victory, Scottish keeper Tom Mackintosh scored a blistering 91 to lead Scotland home by three wickets. Ireland registered a 113 run victory over Jersey in their opening match thanks to a five-wicket haul to 15-year-old quick Jamie Forbes and Denmark defeated France by 67 runs to round out the first day of action.

Day two saw the ‘Big 3″ of Ireland, Scotland and the Netherlands register big wins. The Netherlands set the French 266 for victory thanks to opening bat Vikramjit Singh’s impressive 133, which was backed up by off-spinner Pierre Jacod’s 5/14 as France was skittled for 60. Scotland recorded a 122 run win against Jersey after posting 233 with Tom Mackintosh again in the runs scoring 79. However, the headlines were stolen by 16-year-old spinner Charlie Peet whose return of 7/12 during Jersey’s chase was the best figures for the event. Ireland set the Danes 278 for victory and was able to bowl Denmark out for 146 to record a 132 run victory.

Netherlands faced off with Ireland on the third day needing to win to stay in the hunt of qualification. Chasing a target of 214, the Dutch were 24/3 after an inspired opening spell from quick Alex Neary, and despite a middle-order resurgence, the Dutch fell short by 70 runs. The Scots continued their dominance setting a mammoth 348 against France with captain Angus Guy scoring 137 in the total. The Scots were lethal chasing an all-important net run-rate advantage bowling France out for 95. Jersey set the Danes 233 for victory and then bowled them out for 103 to record a 130 run victory and their first win for the tournament.

Day four saw a quasi final take place between both unbeaten sides Ireland and Scotland, the winner – pending a final day calamity – heavy favourites to claim the final qualification spot. Thanks largely to in-form Tom Mackintosh’s 107 Scotland set an imposing score of 246. Some tight bowling from the Scots, and a mid-order collapse which saw the score going from 144 for 2 to 152 for 6 in the space of four overs, eventually saw the Irish bowled out 47 runs short. After France set them 187 for victory Jersey chased the target down only losing the one wicket. 18-year-old captain Harrison Carlyon, who has already featured for Jersey at senior level, scored 116 to guide his side home. The Dutch recorded a 71 run win over Denmark in the other match of the day.

Day five saw Scotland only needing a victory against Denmark to secure qualification. France was bowled out by Ireland for 75, and the event’s only Test nation did everything they could to try and catch the net run rate of Scotland, just in case their close rivals fell to Denmark, chasing the small total down in under eight overs. Jersey was able to upset the Dutch in a rain-affected tie, as the Netherlands’ under par 125 from their allotted 31 overs was reeled in by the 27th over only two wickets down to seal third place for the small British Crown Dependency located just off the coast of Normandy. Syed Shah (90*) and Jasper Davidson (72) were the stars for Scotland in their win over Denmark to book their spot in South Africa. After sitting at 19 for three, including the wickets of in-form Mackintosh and Guy, the pair put on 152 for the fifth wicket setting up a final 10 overs where another 59 were added to post 230/7. The Danes weren’t able to piece it together and after losing two wickets in the first two overs, and thanks to a five-wicket haul to Jamie Cairns, they were all out for 88.

Scotland progress through to the Under 19 World Cup and based on the form showed in the qualifier could definitely turn some heads in January. By claiming the scalp of Netherlands on the final day and following on from their European T20 World Cup Qualifier win at senior level the cricket in Jersey seems on the rise, while Ireland and the Netherlands continue to produce quality cricketers from the U19 level, including 18-year-old Dutch leg spinner Philippe Boissevain selected in the Netherlands squad 14 man squad to take on the UAE this week.

The U19 World Cup will take place in South Africa starting in January with Associates Nigeria, Canada, United Arab Emirates and Japan joining Scotland as the five regional qualifiers at the World Cup alongside the eleven Full member nations. 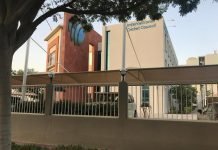 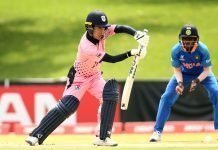