EC welcomes Barny Read, whose preview outlines how after three unexplained withdrawals, left arm spinner Ahmed Raza has been handed the captaincy reins, 4 years after he last skippered the UAE

UAE, tournament hosts and highest-ranked team in Group B, has had its preparations dealt a blow on the eve of the tournament, with captain Mohammad Naveed’s withdrawal leaving Ahmed Raza to take up the reins and get the side’s qualification hopes back on track before even leaving the station.

News of Naveed being stripped of the captaincy he inherited at the start of this year was first broken by local paper The National and has so far gone without comment by Emirates Cricket Board. Since then, Shaiman Anwar and Qadeer Ahmed have also been removed from the squad, a move believed to be in direct relation to Naveed’s sanctioning. (EDIT: all three were suspended for breaching the ICC Anti Corruption Code)

With no injuries, nor sign of player revolt akin to what Hong Kong has suffered recently, or explanation offered up by the UAE board, rumour is rife over the trio’s absence.

It leaves the UAE reeling just days out from their opening fixture against Oman at Abu Dhabi’s Zayed Cricket Stadium on Friday.

In Naveed, they not only lose their captain but also their talismanic strike bowler, and a man who was once tenth on the list of the ICC’s T20I rankings and is currently at number 24, second only to Scotland’s Alisdair Evans as the best ranked bowler outside of cricket’s Test playing nations.

Shaiman, meanwhile, is currently 20th on the ICC’s batting rankings in this format and the 40-year-old was recalled to the squad after stellar performances in Canada’s Global T20. There, he was the competition’s third-highest run-scorer and his 45-ball 90 in the final saw him lead his Winnipeg Hawks to the trophy, Shaiman picking up the man of the match award in the process.

As a result, UAE is in a sorry state, with Raza – who captained the side back in 2015 – and coach Dougie Brown having to pick up the pieces and lift a side that started as one of the pre-tournament favourites before recent, worrying events.

Darius D’Silva, Junaid Siddique and Waheed Ahmed are the replacements, tasked with stepping into some rather large shoes.

The developments this past week have put a dampener on otherwise strong preparations from the UAE that included a resounding 4-0 whitewash of the Netherlands on Dutch soil in August.

D’Silva and Waheed made their debuts during that tour, while Chirag Suri comes back into the side having skipped the Netherlands trip in favour of taking part in the GT20.

The second highest ranked team in the tournament, on home soil, in favourable conditions and pitches; up until a few days ago, there was no reason why UAE shouldn’t be in the semi-final picture and a major contender to lift the trophy come 2 November.

This will be a huge test of character for Brown’s side and while it looks to have marked the end for three of the country’s players, it could be the making of the rest.

The importance of Raza in the UAE setup was significant long before the drama of the past week unfolded, but even more so now. A cool head, with rare cricketing intelligence, his reinstatement as captain is well deserved and, for many, long overdue. And, in Raza, the ECB have a safe pair of hands to guide them through what is shaping up to be a turbulent time. His role with the ball will be to stem the opposition’s flow after the powerplay, while the 31-year-old is also a reliable bat lower down the order.

In the absence of Shaiman, enormous responsibility falls on Shahzad’s shoulders as the premier batsman in the side. Elegant, full of class, control and power, Shahzad is a player of immense quality and his ability against spin will likely be a key factor in these conditions on typically slow tracks. The right-hander has a handy knack of pacing both his and his team’s innings to perfection and his 43 off 28 balls in the first warm-up against Scotland suggest Shahzad is in form and in the mood.

Coming into the side as somewhat of an outsider, Siddique has the opportunity to establish himself as a key cog in the UAE side with both Qadeer and Naveed on the shelf. Boasts a strong action and likes to hit the deck, Siddique looked unflustered coming into the side against Scotland and took 1-16 in a highly impressive opening spell. It will be no mean feat to take on Naveed’s mantle, especially considering the former captain’s skill at the death, but the early signs are encouraging. 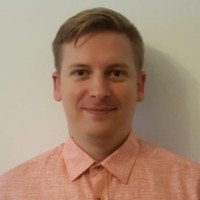