Perchard finishes it off by getting Munasinghe caught by Ward at deep square. 76 all out in the 17th and a massive win by 73 runs for Jersey. A massive boost to their NRR leaves Germany needing to win both games tomorrow v Norway and Jersey to have even an outside chance of pipping Jersey to the title.

Finally Italy find the boundary rope as a rare full toss from Perchard is hit through long on by Jaspreet Singh, but off the very next ball the very safe hands of Jenner sees him comfortably pouched. 76/9.

A Herculean task for Rakibul and he holes out to Ben Ward at deep midwicket off Blampied. Jersey playing some faultless cricket here. And now Baljit Singh skies Blampied to Perchard at short third. 72/8 after 16.

Meade is finally put out of his misery by Perchard who castles him for a slow 15. Just could not get it away and when he did strike it cleanly he kept finding the fielders. Feels like Jersey have 14 or 15 fielders here!

81 off 6 needed. Italy just can’t find the (many) boundaries needed

Just 7 off Ward’s over. Asking rate soars to 12

Perchard bowls Ross and this is beginning to look like a huge win for Jersey in terms of NRR ahead of tomorrow’s final game v Germany. 58/5 off 12. Meade and Jaspreet Singh have a mammoth task on. 90 off 8 needed

A straight drive for 4 brings 7 for the over but Italy need a lot more than that. Now a very smart bit of work by Dunford to stump Rehman Abdul off Miles. New man is Michael Ross

37/3 off 9 as Blampied comes on. Italy being strangled.

Chuggy Perchard on and firing in the yorkers. A decent lbw shout but deemed to be sliding down leg side. Just the one off it. Italy way behind here. Jersey giving nothing away as usual.

Meade the new man plays out the rest of the over from Ward and the asking rate is already nearly 10. 27/3 off 7

Huge wicket for Jersey. Leggie Ben Ward’s second ball sees Perera hole out to Hawkins-Kay at long off. Starting to look a big ask for Italy from here.

27/2 from the powerplay and Jersey well on top. But dangerman Perera still in and timing it well.

Another wicket for Hawkins-Kay who takes a superb caught and bowled in his follow through to dismiss Maiolo. Rahman Abdul the new man. 25/2

First wicket for Jersey as Singh hooks to Blampied on the deep square boundary. 18/1 off 4. Maiolo joins Perera.

Sumerauer replaces Miles and is generating a decent pace. Manpreet Singh square drives for 4 but Italy aren’t quite getting away to the start that they would have liked. 16/0 off 3

Hawkins-Kay from the other end concedes just 7 as Singh gets one through mid off for 4.

The Italian chase gets underway with Perera and Singh. Elliot Miles with the new ball concedes just 3.

Wow. Ben Ward smashes the last ball over the innings over midwicket for a huge 6 to take Jersey to a final score of 149/6. Might well be enough – Italy will really need Perera to fire again.

Sumerauer gets the long handle out and smashes Munasinghe over his head for 4, but a slower ball sees a dot next ball.

Some quick scampering from Ward and Sumerauer moves the score to 136/6 off 19.

Late in the innings but Jenner has gone – caught low down by Perera at short midwicket off Hasan for a superb 71. Sumerauer the new man to join Ward

Ben Ward greets the return of Munasinghe with a square cut for 4. Two tightish overs from Munasinghe needed, but Ward now picks him off his legs for 6 over midwicket. 131/5 off 18

Now Hawkins-Kay smashes a long hop from Hasan straight to Perera who made it look very easy. Jenner now picks up Ross over midwicket for another 6. A lot hinging on whether Italy can get quickly rid of Jenner.

Jenner goes to a fine 50 with a forcing shot off the back foot off Hasan.

Finally the breakthrough for Italy as Blampied top edges a sweep off Michael Ross to Perera at short fine leg who takes it high above his head. Anthony Hawkins-Kay now joins Jenner. 97/4 off 14

Jenner goes big again, launching Maiolo for a massive straight 6 into the road. 86/3 off 12. A few more overs with Jenner at the crease and a Jersey will sail way past 140.

Rakibul Hasan very nearly gets the breakthrough as Blampied skies to long on and a regulation catch goes down. 91/3 off 12

Jenner launches Charanjeet Singh over long off for another 6. 77/3 off 11

Tight over from Maiolo with just 5 off. 66/3 at halfway

Dom Blampied the new man joins Jenner for what could be a pivotal partnership. 53/3 off 8.

Jenner launches Baljit Singh over long on for 6 just wide of the fielder. 60/3 off 9. Jersey will surely want 135-plus here.

Huge wicket for Italy as the dangerous-looking Ferraby is brilliantly run out from cover by Meade.

Two boundaries for Ferraby through midwicket and point off Maiolo as Jersey move to 29/2 off 4.

Charanjeet Singh is welcomed by Ferraby with a hard-hit drive through mid off for 4, and then a poor misfield backing up hands Jersey two overthrows. Jenner then flicks Singh off his pads for 4 and Jersey end the powerplay on 46/2.

A major blow for Jersey as Ferraby drills a straight drive back thigh high to Munasinghe who drops it and the ball ricochets onto the stumps with the unlucky Stevens out of his ground. Jenner joins Ferraby at the crease. Italy have their tails up. 19/2 off 3

Not the ideal start for Jersey as Corey Bisson mispulls Munasinghe to mid-on where Maiolo takes an easy catch. Stevens then survives a tight run-out shout before he had even faced. 2/1 off 1

Italy have won the toss and elected to field.

Good news – it will indeed be a 4.25pm start with no reduction of overs.

It it seems the latest is looking like a 4.25pm start with no loss of overs. Fingers crossed.

The prospects of a game are looking good. There are a couple of damp areas which the umpires are a bit concerned about but the groundsmen are sorting those. Hopefully sorted by 3.45pm start time but even if a delayed start there would be no loss of overs until around 4.25pm. There’s low cloud around and so there might be some drizzle at times, but every few minutes the sun tries to break through.

Welcome to the College Field for today’s crucial game between Italy and Jersey, the tournament’s two unbeaten teams both with 100% records to date. Both teams still have a game to play tomorrow, but the winner of today’s game will be in an extremely strong position to grab the one European spot in the Global Qualifier. 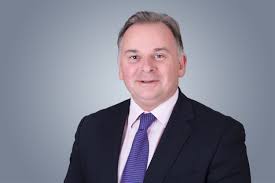