Very few media scribes or emerging nation cricket fans are tipping Papua New Guinea to figure prominently in the ICC T20 World Cup Qualifier and rightly so – with eight consecutive ODI losses in the last two months it would seem that PNG are out of form, perhaps lacking self belief. Yet this is a side who has defeated most of their forthcoming opponents in the recent past. Speaking to Emerging Cricket, PNG skipper Assad Vala acknowledged the Barramundis’ poor results, but pointed out that they haven’t been outclassed during those encounters:

“We haven’t played well as we would have liked but we can’t change that. There were some really close ones where it could have gone either way.”

Have they lost confidence or have other nations passed them by? They can’t, surely, have lost their ability? Vala is optimistic that the switch to the 20-over format will help them get back on track:

“Coming into this tournament, we believe this format really suits us and skill sets we’ve got. I believe we can give it a good crack. We just have to play to our strengths. We play T20 cricket in our local competition, so it’s nothing new to us.”

Statistically, Papua New Guinea doesn’t measure up at T20I level in batting against the leading contenders at this tournament but there are some exceptions. Tony Ura is one of a small number of associate players to have scored more than 1000 T20 runs (1070) and at a tremendous average of 33.43 with a strike rate of 137.35. A lot depends on him. T20 cricket does seem to give him a freedom and a license to smash and crash with willow in hand.

Vala himself is a classy, laconic left hander, once described by this author as the David Gower of PNG cricket. The leading runscorer by some distance in Papua New Guinea’s League 2 campaign thus far, his form will again be crucial to his side’s fortunes, as well as his leadership – but that won’t bother the unflappable Vala:

“It doesn’t affect me. It’s a big responsibility being the captain [but] I just try to focus on my job for the team and play the role given by the coach to the best of my abilities. That’s all I can do.”

Fellow leftie Charles Amini is an aggressive stroke maker who averages 24.81 in T20 matches at a useful strike rate of 117.10.

But who will give them support? Fellow EC Ambassador Norman Vanua might be one. A pinch hitter, the right-arm seamer may well be elevated into the top 2 or 3 with instructions to launch at will, although he won’t need much prompting – as evidenced by his monstrous T20I strike rate of 178.44.

Lega Siaka is one of the most naturally gifted batters in associate cricket yet has disappointed now for at least two years. So often he appears to give his wicket away when looking in complete control. A T20 average of 14.06 speaks volumes.

Sese Bau, Riley Hekure and Kiplin Doriga are the other batters who will be expected to contribute to the cause. Hekure is an interesting player. A genuine all-rounder and a young prospect at a time when until quite recently PNG have been loathe to experiment with selections. He could easily bat at 7 or 8 and his medium-fast bowling contains many variations.

Fans of Papua New Guinea will also know that when on song, confident and buzzing, they force opposition run outs. Perhaps the most brilliant of all fielding teams in associate cricket, observers will get an indication of their mood early by how they field.

The batting is a focus and that is because it has failed often recently. The bowling not so! Nosaiana Pokana, the tall left-arm seamer, is a possible contender for associate player of the year.  He gets bounce, has decent pace and most importantly removes opposition batters. One of the few bright spots in their disappointing League 2 campaign, he has an impressive 17 wickets at 15.11 and a tidy economy rate of 3.9.

Chad Soper has loads of experience at international level and in Australia. A tidy and tricky seamer but not fast, he will be expected to perform here. Middle-order bat CJ Amini will also double up with his wrist-spin and when he gets it right he is as dangerous as any in associate cricket. Typically more dangerous when he flights the ball, Amini can on occasion get too defensive and flatten out his trajectory as he tries to hustle through overs.

Normal Vanua is a genuine wicket taker but can go for runs. Jason Kila will provide a left-arm-orthodox spin option while Vala will again play a role with his economical off-spin.

There is a case to be made for PNG based on talent (not on recent form), but perhaps one early victory might be the spark that sees them click back into gear. Still, only a brave supporter would back them to finish in the top six. Maybe the key question is, do Papua New Guinea back themselves to do so? 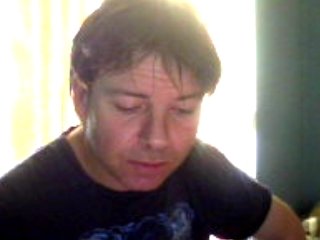