As the count down to the fourth edition of the Everest Premier League continues, the Chitwan Tigers have announced two overseas signings being Australian Tim David and James Fuller, the South African born Hampshire player who started his professional career in New Zealand.

David is well known in Associate circles having represented Singapore in the recent 2019 Asia regional T20 finals and T20 World Cup Qualifiers, by virtue of having been born in the South-East Asian nation. He has played twelve T20Is averaging 37.09 striking at almost 150, and made eight appearances for the Perth Scorchers during the 2019-20 BBL.

Fuller has played 89 T20s, with the right-arm fast-medium bowler having taken 96 wickets with an economy rate of 8.8. A hard-hitting middle-order bat, his 436 runs have come at just under 19 with an equally impressive strike rate as David’s.

He has represented the England Lions and most recently played two matches in the Abu Dhabi T10 for Maratha Arabians.

EPL4 runs from 14-28 March and will be played at the Tribhuvan University International Cricket Ground. EPL to shift for stars, but can it benefit everybody? 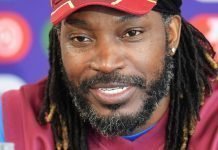 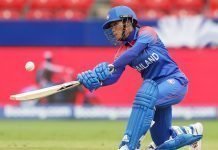