Day 3 of the ICC Challenge League B pitched two teams that had won their opening games against two that had instead lost theirs. In both cases the winning teams confirmed their positive trends leaving the losers to ponder their 0 – 2 records.

Hong Kong’s win over Jersey was a relatively simple affair. The channel men were going well at 72/1 after 20 overs before subsiding to Kinchit Shah’s off spin. Kinchit took three wickets in ten balls to reduce the islanders to 78/4, eventually finishing 3/35. Worse was to follow and with the vital wicket of Jonty Jenner falling to the first ball of the 31st over, Jersey found itself 102/7. The tail, however, batted properly showing the resolution that had deserted the recognized batsmen. Sumerauer, Dunford and Perchard all played valuable knocks extending the innings to the fourth ball of the last over and, more importantly, adding 71 precious runs to ensure a total of 173. Realistically, the runs were never going to be enough. Hong Kong batted with sufficient attention to avoid any panic. Adit Gorawara (37 off 55 balls) got them off to a solid start and, once he was out, Kinchit Shah saw them home, adding an unbeaten 59 off 75 balls to his excellent bowling and seeing Hong Kong home by four wickets with 43 balls to spare.

On the adjacent ground, Kenya got off to a very good start in the all African match against Uganda only to lose its way in the second part of its innings. A base of 130/1 off 28 overs should have yielded more than the eventual 253/6 with which the innings finished. Uganda paced their reply well around a 105 third wicket partnership between Shazad Ukani, 60 off 84 balls, and Ronak Patel, 86 off 105. Once the latter was out with 34 still needed, skipper Brian Masada ensured victory with three wickets and four balls to spare.

On Saturday Jersey face Italy in a Eurocontest while Uganda will try to make three out of three against Bermuda. 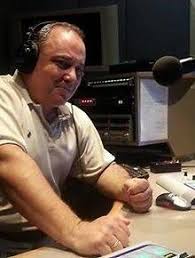